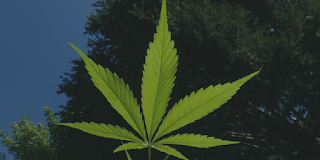 The following is a brief overview of the status of hemp (also called "commercial hemp" or "industrial hemp") farming and regulation in South Carolina in the wake of the 2018 Farm Bill and the S.C. Hemp Farming Act.

The terms "hemp" (which has non-drug connotations and uses) and "marijuana" (no further explanation necessary) describe the same plant genus: cannabis. The difference between the two is generally based on the relative amount of tetrahydrocannabinol (THC) contained in the plant. Hemp plants are cultivated to produce fiber and seeds and very little if any THC. Marijuana plants, on the other hand, are cultivated to produce more THC. THC, of course, is the main psychoactive part of the plant.

Historically, U.S. federal and state law has recognized no distinction between hemp and marijuana.  Beginning with the Marihuana Tax Act in 1937, and then under the terms of the 1970 Controlled Substances Act, all "cannabis" has been considered to be illegal. More particularly, cannabis is designated by the Drug Enforcement Administration (DEA) as a "Schedule 1" drug.

Of course, cannabis' status as an illegal drug prevented farmers from growing it as a crop. Accordingly, interested parties also missed out on the significant benefits that the creators of agricultural commodities enjoy, such as farm subsidies, nutritional assistance, and crop insurance.

The 2014 Farm Bill created a little daylight between hemp and marijuana, recognizing that some cannabis is not in fact a psychoactive drug, and allowing a limited number of hemp "cultivators" to operate under various state hemp pilot programs. In particular, the 2014 Farm Bill limited these pilot programs to cannabis containing no more than 0.3% of THC, and put numerous limitations and conditions on the number of pilot program licensees, the allowable acreage for hemp cultivation, and the uses for which cultivated hemp could be employed.

Consistent with the 2014 Farm Bill, the South Carolina Department of Agriculture ("SCDA") instituted its  Hemp Pilot Program.   Following the most recent application process, the SCDA selected 40 growers from 161 applications: 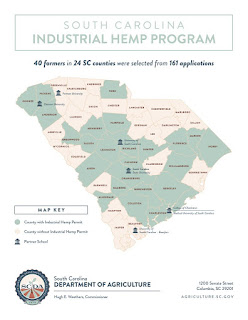 The 2018 Farm Bill legalized hemp production nationwide, continuing the distinction between hemp and marijuana based on THC content established in the 2014 Farm Bill. The 2018 Farm Bill facilitates the interstate commerce of hemp by making clear that no state (or tribal government) can prohibit the transportation of hemp through its territory.

However, while hemp production is now legal, that production (cultivation, handling, and processing) is subject to a very strict licensing and regulatory regime. Notably (and understandably), licensed persons must ensure that hemp does not become marijuana (very much still a Schedule 1 drug) by virtue of its THC content. The 2018 Farm Bill gives states like South Carolina the ability to submit a state hemp plan to the USDA for approval.

Accordingly, the Hemp Farming Act directs the SCDA to submit a state hemp plan to the USDA.

Similarly, hemp farming is is no longer limited to a pilot program, but the Hemp Farming Act makes any hemp production illegal unless an appropriate license is obtained from the SCDA.  Key to the regulatory scheme is determining what part of the production chain a particular person or organization occupies:

Any person involved with "planting, watering, growing, and harvesting a plant or a crop" (S.C. Code Section 46-55-10(4)) of hemp will be required to obtain a S.C. hemp license.

While hemp production is now legal in South Carolina, any person involved at any stage of its production must ensure that all provisions of the Hemp Farming Act are met.

In particular, any person who touches hemp at any point during its production should ensure, through appropriate contractual and other due diligence actions, that all licenses have been obtained and that all applicable requirements are followed.