South Carolina courts have frequently been called upon to consider the ways in which the Federal Arbitration Act (FAA) applies to those contracts containing clauses purporting to require arbitration.

The opinion and its result rests not on the application of South Carolina statutory or case law, but instead a line of United States Supreme Court (SCOTUS) cases applying the FAA to disputes over agreements to arbitrate. For some background and discussion on some of these cases, click here, here, or here.

While it may not be entirely remarkable to apply SCOTUS opinions in state court cases, the manner of contract interpretation mandated by SCOTUS for arbitration agreements is completely different than the way South Carolina courts interpret “everyday” contracts.

More specifically, these SCOTUS opinions explicitly prohibit the use of several contract interpretation tools routinely employed by South Carolina courts to assist in interpreting the intent of parties to a contract. As such, the FAA interpretation framework departs radically from many of the “contracting realities” familiar to South Carolina attorneys who draft and litigate contracts.

To highlight the effect of this departure, below is an analysis of how the Court of Appeals might have analyzed the disagreement between the parties using traditional contract construction tools in the absence of the FAA and its SCOTUS jurisprudence, contrasted with the result mandated by SCOTUS.

Mr. Grant bought a Camaro from Kuhn Chevrolet, and the parties signed a purchase agreement. The purchase agreement contained an Arbitration Clause. Mr. Grant filed a lawsuit in circuit court, on behalf of himself and in a representative capacity, under the South Carolina Regulation of Manufacturers, Distributors, and Dealers Act (Dealers Act). The Dealers Act provides a particular right to have a claim heard on a class basis (language emphasized below):

(1) In addition to temporary or permanent injunctive relief as provided in Section 56-15-40(3)(c), any person who shall be injured in his business or property by reason of anything forbidden in this chapter may sue therefor in the court of common pleas and shall recover double the actual damages by him sustained, and the cost of suit, including a reasonable attorney's fee.

(2) When such action is one of common or general interest to many persons or when the parties are numerous and it is impracticable to bring them all before the court, one or more may sue for the benefit of the whole, including actions for injunctive relief.

(3) In an action for money damages, if the jury finds that the defendant acted maliciously, the jury may award punitive damages not to exceed three times the actual damages.

(4) A final judgment, order or decree rendered against a person in any civil, criminal or administrative proceeding under the United States antitrust laws, under the Federal Trade Commission Act, or under this chapter shall constitute prima facie evidence against such person subject to the conditions of the United States Antitrust Law (15 U.S.C. 16).

Kuhn Chevrolet moved to compel bilateral arbitration pursuant to the Arbitration Clause in the purchase agreement:

The Court of Appeals, citing several SCOTUS rulings determined that Mr. Grant was required to conduct “bilateral” arbitration, as opposed to “class arbitration” as ordered by the circuit court.

The "Everyday" Contract Interpretation Analysis of the Arbitration Clause 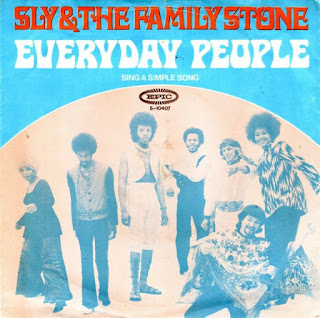 Sometimes I am Right, and I Can be Wrong ...

South Carolina courts are called upon to interpret contracts, with an eye towards determining the parties’ intent. That intent is best shown in the plain language of the contract (what it says), but if the language is ambiguous, or non-existent, judges have various tools to use in order to determine that intent (what it means).

This interpretation process is explained in some detail in Columbia East Assocs. v. Bi-Lo, Inc. I have blessedly removed other citations nested in the case.

“Once a contract is before the court for interpretation, the main concern of the court is to give effect to the intention of the parties. The courts, in attempting to ascertain this intention, will endeavor to determine the situation of the parties, as well as their purposes, at the time the contract was entered.”

The S.C. General Assembly has been quite clear in establishing the rights of consumers vis a vis dealers in car sales contracts (by enacting the Dealers Act and including the provision cited above), and as a result our appellate courts recognize the need to view them with “considerable skepticism.” Simpson v. MSA of Myrtle Beach.

In other words, if the parties have “said” all the material terms by putting them in the contract, then there is no reason to look outside the contract for extrinsic evidence to add to or take away from those terms.

“However, where a contract is silent as to a particular matter, and ambiguity thereby arises, parol evidence may be admitted to supply the deficiency and establish the true intent. For, generally, parol evidence is admissible to show the true meaning of an ambiguous written contract. Such a contract is one capable of being understood in more ways than just one, or an agreement unclear in meaning because it expresses its purpose in an indefinite manner. When an agreement is ambiguous, the court may consider the circumstances surrounding its execution in determining the intent.”

South Carolina courts recognize that silence in a contract is an ambiguity, and that the court may look for extrinsic evidence to glean intent and fill in the gaps. The Arbitration Clause most certainly appears to be silent with respect to whether the parties intended for the arbitration to be conducted on a class basis. The terms “class arbitration” and “bilateral arbitration” do not appear in the Arbitration Clause (or in the FAA, by the way), and the Arbitration Clause contains no language purporting to be a waiver of “class arbitration,” by reference to the Dealers Act or otherwise. Sure, you can argue (and I am sure the Kuhn Chevrolet attorneys did) that “the parties” referred to Mr. Grant and the dealership, and not a class. But that reading does not square with the application of the Dealers Act.

To that point, it is also unclear whether the parties intended for the arbitration panel to hear Mr. Grant’s Dealers Act claim. The plain language of the Arbitration Clause states that “any dispute, controversy or claim …” relating to this matter would be “settled by binding arbitration” “instead of litigation in a court”.

A reasonable reading of that language suggests that Mr. Grant could bring whatever claims he would have raised in a court (including the Dealers Act claim) before an arbitration panel. Crucially, Mr. Grant did not explicitly waive his Dealers Act claim in the Arbitration Clause.

Accordingly, a court could read the language in the Arbitration Clause (“any dispute, controversy or claim …”) together with the language in the Dealers Act to compel arbitration that included that particular claim, and allow the claim to go forward on a class basis. Among other reasons, allowing Grant to pursue his Dealers Act claim is consistent with the general rule that South Carolina courts will not enforce a contract which violates public policy or statutory law.  Carolina Care Plan v. United HealthCare Services In essence, that is what the circuit court did in Grant.

Where the contract is susceptible of more than one interpretation, the ambiguity will be resolved against the party who prepared the contract.

Clearly Kuhn Chevrolet prepared the Arbitration Clause. Consistent with that doctrine of contra proferentem, 1) if you are drafting a contract you get to put what you want in it; and 2) if you don't put a term (e.g. "no class arbitration") in a contract you're drafting, then whatever resulting ambiguity is going to be construed against you. In other words, don’t make the court conduct an interpretation exercise when you could have rendered that exercise moot by providing plain, clear language.

Based upon all of the above, a South Carolina court could compel class arbitration (and the circuit court did).

But Everybody Wants You, to be Just Like Them: the SCOTUS Interpretation of the Arbitration Clause Pursuant to the FAA 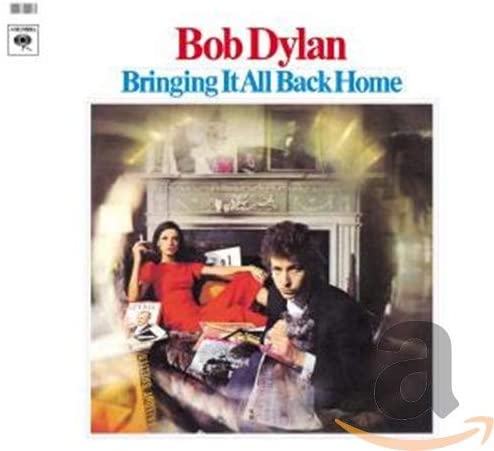 I am aware I don't have a consistent music theme for this post.

Of course, the actual Grant decision produces a different result, based principally on the rationale announced in three cases addressing the FAA: Stolt-Nielsen, Concepcion, and Lamps Plus.

Therefore, "courts may not infer consent to participate in class arbitration absent an affirmative 'contractual basis for concluding that the party agreed to do so.'" Lamps Plus, 139 S. Ct. at 1416 (quoting Stolt-Nielsen, 559 U.S. at 684)). "Neither silence nor ambiguity provides a sufficient basis for concluding that parties to an arbitration agreement agreed to undermine the central benefits of arbitration itself." Id. at 1417.

Note that neither the Grant opinion nor the language of the SCOTUS cases cited therein makes reference to any actual text of the FAA. The authority stems directly from those opinions interpreting the FAA.

For better or worse, the Lamps Plus and Stolt-Nielsen rulings remove the contract interpretation tools described above from the toolbox of South Carolina judges hearing cases involving the FAA. In their place, SCOTUS hands South Carolina courts one extrinsic evidence tool- the FAA’s policy favoring bilateral arbitration.

Additionally, and although it does not appear to have been addressed in Grant, SCOTUS removed another traditional construction tool- the proposition that an ambiguity in a contract is construed against its drafter. In  Lamps Plus, SCOTUS rejected the claim that the doctrine of contra proferentum could apply to compel class arbitration. Chief Justice Roberts also characterized the canon as furthering public policy interests as opposed to discerning the parties' intent. I have read that part of the Lamps Plus opinion numerous times, and I have no idea what it means- other than the result it mandates.

Instead, the Arbitration Clause’s “silence” on one point ended the inquiry.

And I guess that is because the intent of the FAA to require bilateral arbitration and not class arbitration is presumably so clear, and crowds out any other potential analysis. But the FAA is just as extrinsic to the parties’ Arbitration Clause as the Dealer’s Act is. (The FAA is not mentioned in the Arbitration Clause). And federal law certainly trumps state law in various circumstances, but this doesn't operate like preemption.

Read for yourself what the FAA says about bilateral arbitration and class arbitration. 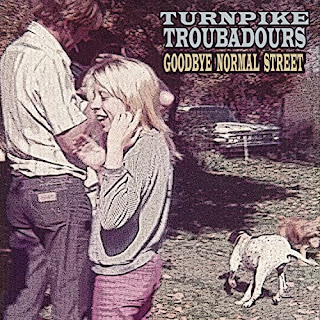 You Knew I Would Plug My Own Version, Too

The answer to that question is clearly above my pay grade. The bottom line, however, is that South Carolina lawyers who draft and litigate contracts without knowledge of the way SCOTUS has interpreted the FAA will most certainly be blindsided by a most deafening silence.