Showing posts from September, 2010
Show all

September 16, 2010
Third in a series of posts discussing the United States Supreme Court's decisions addressing arbitration, in the context of existing South Carolina case law and particularly the South Carolina Supreme Court's Herron decision. Previous posts are here and here . The Herron Result The South Carolina Supreme Court determined that the prohibition against class actions found in the parties' arbitration agreement was unenforceable because it conflicted with clear language in the Dealers Act allowing class actions. Because the arbitration agreement contained a severability clause ("[i]f any part of this Agreement shall be deemed or found unenforceable for any reason, the remainder of the Agreement shall remain enforceable"), the class action prohibition would be stricken from the agreement and the case could go forward in arbitration. However, the S.C. Supreme Court declined to compel the matter to arbitration, based upon a statement by counsel for Century at o
Read more

Shady Grove and Class Actions: Part Two of the Effect of Recent SCOTUS Decisions on Arbitration in South Carolina 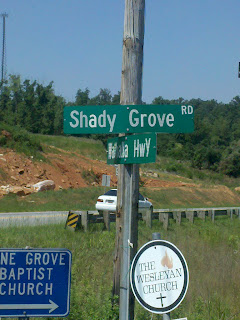 By Shaun Blake This post is the second in a series discussing the South Carolina Supreme Court’s decision in Herron in the context of recent United State Supreme Court decisions addressing arbitration. Click here for part one. Update: you may want to click here and listen while you read. Shady Grove In Shady Grove the Petitioner filed a putative class action in Federal District Court under CAFA to recover from Allstate interest on an insurance claim allowed under a New York law. The District Court dismissed the action after concluding it lacked jurisdiction because N.Y. Civ. Prac. Law Ann. §901(b) explicitly bars claimants from pursuing a class action to recover a "penalty" such as statutory interest. However, the U.S. Supreme Court ultimately reversed this decision in a plurality decision, holding that Rule 23 of the Federal Rules of Civil Procedure and §901(b) conflicted, and therefore Rule 23 allowed the Petitioner to pursue a federal class action despite
Read more

Arbitrating Arbitrability: Part One of the Effect of Recent SCOTUS Decisions on Arbitration in South Carolina

September 07, 2010
The U.S. Supreme Court issued three decisions this term addressing “arbitrability”—what matters are appropriate for arbitration-- pursuant to the Federal Arbitration Act (the “Act”): Shady Grove , Stolt-Nielsen , and Rent-A-Center . The South Carolina Supreme Court also recently issued a significant decision addressing arbitrability in the context of the Act. Herron v. Century BMW (“ Herron ”) was briefed and argued before all three of these Supreme Court decisions were issued. This post and two subsequent posts will analyze Herron in the context of some of the issues in play in Shady Grove , Stolt-Nielsen , and Rent-A-Center . Herron Plaintiffs brought a class action in state court against Century BMW and other South Carolina auto dealers alleging that the dealers charged an illegal administrative fee in violation of the South Carolina Regulation of Manufacturers, Distributors, and Dealers Act ("Dealers Act"). Century moved to compel arbitration pursuant to a
Read more
More posts