Showing posts from January, 2014
Show all

Collateral for Finality: U.S. Supreme Court Clarifies Law in the 4th Circuit for Time to Appeal

January 26, 2014
On January 15, 2014 in Ray Haluch Gravel Co. v. Central Pension Fund , the U.S. Supreme Court ruled that a pending claim for attorney's fees based upon a statute, contract, or both, does not prevent a final judgment on the merits for purposes of appeal.  Haluch overrules the 4th Circuit opinion Carolina Power and Light v. Dynegy Marketing . Background 28 U.S.C. § 1291 gives federal courts of appeal jurisdiction from "final decisions" of district courts.  Typically, a decision on the merits is a "final decision" even if the attorney's fees remain to be determined.  Budinich v. Becton Dickinson & Co.   In the 4th Circuit prior to Haluch , the rule in Carolina Power and Light distinguished Budinich by providing that "a district court decision that leaves unresolved a claim for attorneys fees that are sought as an element of damages under the substantive law is not a final decision within the meaning of 28 U.S.C. § 1291."  Broad brush
Read more 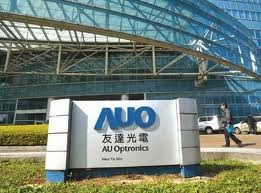 Per the United States Supreme Court's unanimous ruling in Mississippi v. AU Optronics Corp. (issued on January 14, 2014), a state's lawsuit seeking restitution for the benefit of its citizens does not meet the definition of a "mass action" under the Class Action Fairness Act of 2005 (CAFA) and cannot be removed to federal court. Background   CAFA defines "mass action" as "any civil action . . . in which monetary relief claims of 100 or more persons are proposed to be tried jointly on the ground that the plaintiffs' claims involve common questions of law or fact."  28 U.S.C Section 1332(d)(11)(B)(i). This case reached the Supreme Court following the 5th Circuit's determination that Mississippi's lawsuit against AU Optronics qualified as a "mass action" under CAFA.  According to the 5th Circuit, even though the State of Mississippi was the only "named plaintiff," the "real parties in interest" w
Read more
More posts